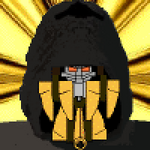 The new infoboxes are actually pretty professional looking, for the most part. Nitpicks I might add, are that the universal infobox could use a color scheme more like the hyren infobox (here's an example of a universal card) and "Species" isn't really a necessary creature category. I can probably take care of the universal infobox myself when I get to a point where I'm about to use it. Also, the Earth infobox is probably useless because Tony Jones is already classified as a Universal Magi. I don't care much for having a hyren infobox either, but if you feel particularly strongly about it, we can keep it.

About character sorting, I'm fine with organizing them the way they are now, like what I did with the page on Agram, because the new infobox really discourages separating characters into different pages. Otherwise, it'd probably be a lot of extra work on your part.

I should also probably mention that a lot of the older magi pages are severely out of date. Once I revamp them, they'll seem far more media-neutral than they currently are. I have yet to revamp Tony, Orwin, Gia (and Evu by extension), Gruk, Gogor, Ora, Poad, Salafy, Yaki, Wence, and those are just the ones off the top of my head. Conversely, I made an effort a while ago to revamp most of the Core and Shadow Magi pages.

And as for episode info I've obtained so far, I've been getting the data by checking the opening credits on netflix episodes, and extracting the air dates from TV.com.

Now that I've gotten somewhat used to these infoboxes, I'll offer my feedback and mention some fixes they could use. I can also try to implement them myself if you feel overburdened:

That's everything for the moment. If I remember anything else, I'll message you again.

As far as the "Moonland" classification goes, the "TCG Moonland" section is redundant, because it will always be the exact same as the overall "Moonland" section listed at the top of the infobox. The TV Series Moonland sometimes differs from the TCG Moonland, which is why a small "TV Series Moonland" (or however it would be named) slot could be added if that difference is going to go in the infobox at all.

About MRP--It wouldn't be an entirely new section in the infobox, just a single slot under the "TCG Information" section, similar to "Alternates" and "Rarity". It shouldn't take up more than one line of space when used. An example of what I had in mind would be something like this:

Novelty's site also has a good page on MRP, if you're unfamiliar with it.

YOUR THE FIRST (AND AT THE TIME OF THIS MESSAGE) ONLY ONE TO TALK TO ME SO THANKS AND I CANT SEEM TO FIND MYSELF ON THE USER LIST IS SUPPOST TO BE THAT WAY? PLEASE REPLY Ice arboll (talk) 01:18, July 17, 2012 (UTC)

Just a heads up, I'll be gone, probably without internet connection for about a week and a half from today, so if you need to contact me within that time, you likely won't get a response until I return.

I actually think you did a pretty good job with the infobox format. Nice job with that.

A few comments on the layout:

Overall, here's the format that we seem to be leading up to with the majority of articles:

- TCG Info (also includes the link to the card text)

- In the TV Series (if applicable)

- TCG means "Trading Card Game", while CCG means "Collectible Card Game". So they both mean the same thing. I think TCG is more used, hence why I stick with that term for the most part. I brought it up on Blue Furok once, and that was the general sentiment. In any case, thinking more about it, "TCG Info" might allow for more versatility than just "TCG History".

- I don't think MND cards have ID numbers. They have Expansion and Edition Classifications, but that's about it.

- I honestly don't think the Moonland articles lend themselves much to requiring infoboxes, largely due to the size of the pictures and the lack of specific info that can be put in them. But I'm open to seeing anything you might come up with.

Anyway, I'll have a bit more time to do some bulk work next week more so than this week, which gives you some time to tweak any of the templates you might have wanted to try out.

As you probably know, I've been working on a fan game called iMagine, and I was wondering if I should create a wiki page here about it. I looked in the policy pages but there was nothing about fanon content in it.

As a side note, have you considered switching to Message Walls? They are very similar to the Forums and they help keep discussion organized. Iggyvolz (Talk) 04:11, November 17, 2013 (UTC)

Just wanted to let you know I'm still around, but I can't really edit anything because they took the series off Netflix (so I don't really know anything about it now). If there's anything you need me to do, any cleanup or anything, let me know! :) Iggyvolz (Talk) 17:13, January 11, 2014 (UTC)

Hi, I believe that the Trivia sections within the episode pages should contain important information that may pertain to the characters or the series as a whole. This includes story arcs (tracking when Orwin turned evil and how, and the episode where he was turned good again) and the collection of dream creatures. This is how other wikis treat Trivia Sections. Ians18 (talk) 09:13, January 24, 2016 (UTC)

Don't forget to add the </gallery> tags to the end of galleries because that's what was causing the Warrada article to not show any categories. :)

Inevitably, there are going to be a few issues like that here or there since we haven't had many other editors to double-check every page. I've run into this error before, and it can be hard to tell what all pages are affected. By all means, feel free to fix this if you see it or let me know if there seems to be a cluster of affected pages. I'll go ahead and simplify the article's history since the problem's been isolated and resolved.
~ The Lhikan 634 (TaLk)

how do we fix the template to use the actual region name and not the word used for inhabitants of that region?--Marhawkman (talk) 18:41, February 4, 2016 (UTC)

Hey Lhikan634, Hello I just  had a small question. Wh did you remove the additions I made to the Coral Pyder page? It was the correct stats and card text. Did I use the wrong format? Sorry if I did I am kinda new at this. Magiemperor (talk) 17:25, March 20, 2016 (UTC) sincerly, Magiemperor

Retrieved from "https://magination.fandom.com/wiki/User_talk:Lhikan634?oldid=24347"
Community content is available under CC-BY-SA unless otherwise noted.