Shimmer, the Arderian Adept, is a Magi from Arderial who is also known as the Mistress of Winds. She is characterized by her turquoise hair.

Shimmer was a teacher of wind-related spells and eventually became the leader of Arderial. Unlike most people from Arderial, she welcomed outsiders to their Moonland. She was an acquaintance of Orwin and helped Tony Jones, Edyn, and Strag upon their arrival to Arderial. Edyn learned much of her mastery of spells from Shimmer. source needed 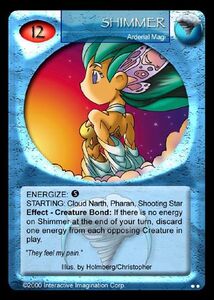 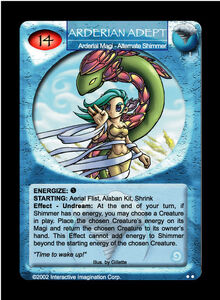 Voice of the Storms
Arderian Adept
Community content is available under CC-BY-SA unless otherwise noted.
Advertisement