Magi-Nation for the Game Boy Color was released in March 2001 by Interactive Imagination (2i). The game follows the progress of the protagonist, Tony Jones, on a journey through six Moonlands. He must collect Core Stones from the Shadow Geysers across the Moonlands in order to defeat the villainous Agram by placing the stones into the Core Glyph.

The game allows for the player, Tony Jones, to move around on a plane relatively freely in all directions restricted only by environmental obstacles. There are two zones that can be traveled: primary areas where most gameplay takes place and a less detailed overworld map. The map is commonly used in order to travel between the more important areas.

The game's battle system consists of five actions that Tony Jones can perform. Most of these actions are directly related to the Magi's energy level, which acts as a pool of health that must be lowered to 0 in order for the Magi to be defeated. Even if a Magi's energy drops to 0, he or she cannot be defeated as long as a friendly Creature is in play.

Once every turn, each Dream Creature in play can either use a base attack, adopt a defensive position, or use one of its abilities which cost the Creature a defined amount of energy when they are performed.

Dream Creatures can be affected by status changes resulting from being stricken by an attack with a chance of inflicting the relevant effect. 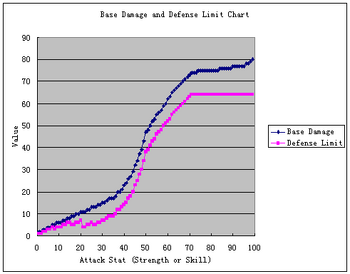 All elemental attacks are based on the Skill stat. Elemental Attacks deal 125% damage if the target creature's element is weak to that element. If the elemental attack is resisted, the damage is reduced to 75%.

Upon moving to a small neighborhood in Tavel Gorge, Tony Jones is dared by the local children to retrieve a rare crystal from a cave. He finds the crystal, but the cave collapses, sending Tony falling into a chasm. Tony wakes up in a pool of water in a world known as Magi-Nation.

After witnessing a Dream Creature, Furok, appear from the crystal, Tony meets Eidon, who takes Tony to the nearby town of Vash Naroom, believing Tony to be the prophesied reincarnation of the Great Magus, Kyros. Against Orwin's wishes, Tony is brought to Naroom's training grounds to learn how to control Dream Creatures. However, the news of an earthquake, caused by a Shadow Geyser, interrupts the training.

Tony is then sent to Gia, a matriarchal figure of Naroom, who believe Eidon's suspicions about Tony and that only Tony could use the Core Glyph to defeat Agram. Tony is then sent to enter and destroy the Shadow Geyser by removing a stone from its foundation. Succeeding, he follows a hooded figure into a cave, where Tony found a pair of Crystal Blades. Tony returns to Gia with the stone, finding that the stone fit perfectly into the Core Glyph.

After similar stones are located telepathically, Gia sends Tony to the Underneath, where there was another earthquake due to a Shadow Geyser. Tony enters the Shadow Geyser and secures the Core Stone. However, upon returning, Tony finds the Underneath ransacked by Shadow Magi under Morag. Tony is defeated but saved by Wence.

Ormagon can be found by completing a mini-quest which begins and ends in the Underneath.

When Tony returns to Naroom, he gets kidnapped to Cald by Morag. Though the citizens of Cald suspect Tony of creating a Shadow Geyser in the region, his saving them from a Shadow Magi attack earns the trust of the town. Tony obtains the help of Valkan to build a bridge over the lava pool surrounding the Shadow Geyser, but even with the help of a Lava Arboll is unable to complete it. Valkan helps pull off a ruse to distract the town Elder allowing Tony to steal the key to a Vault in Orothe containing Agadon's boots (where he meets the Orothean guard Blu) which allow him to leap over the lava pool to the Shadow Geyser. Tony then enters the Shadow Geyser where he is confronted by the Shadow Magi, Warrada. During the town's celebration of the Shadow Geyser's closing, Tony again is kidnapped by Morag and this time is thrown into the Shadowhold.

With the help of a mysterious figure and with some help from Blu, Tony manages to escape and finds himself in the underwater region of Orothe, using an Orothean Belt to breathe, and where the Fourth Shadow Geyser is found. The Geyser is defended by an energy field which Tony breaks using the spell Dispel X which he finds in the nearby ruins. Tony finds Warrada to be the guardian of this Geyser. Tony then is given the choice to take the Core Stone without a fight if he would not close any more Shadow Geysers or to combat the Shadow Magi.

Megathan can be found by setting off a Blast Urn in the Ruins near Oscent Mar.

Regardless, Tony then travels to the entrance to the Core but cannot enter. Here, he encountered his rescuer, a winged being from the cloud city of Arderial. Upon being brought to Arderial, Tony finds the hidden city under siege by Shadow Magi. Meeting Agram, the leader of the Shadow Magi, Tony learns that the fifth Core Stone from Arderial is required for the Core Glyph to unlock the Core.

Orathan F can be found by walking around the two enormous mountains northeast of the Arderial palace.

After obtaining the fifth Core Stone, Tony meets Agram in the Core. Tony again is given a choice, to return home without a fight or to fight Agram to save the Eliwan from extermination. After choosing to fight Agram, the world of Magi-Nation is saved, and Tony returns to Earth with the respect of the other children.

Dream Creatures are summoned in battle through rings, which are forged by Ringsmiths. Ringsmiths require a certain number of a Dream Creature's Animite, and often other Animite, in addition to a monetary fee in order to create a particular ring. The Ringsmiths include Pruitt for Naroom, Fossik for the Underneath, Magam for Cald, Orlon for Orothe, Lasada for Arderial, and an unnamed Ringsmith for the Core.

Up to four Dream Creatures may be summoned to the battlefield at once, and only ten rings may be carried at a time. Upon winning a battle, all Creatures on the field receive experience. They level up upon reaching a value of 100.

In general, the strongest Creatures are a region's Hyrens, which are rivaled in strength by only a three Creatures. Hyrens are encountered and battled in hidden areas. Once a Hyren's required Animites are gathered, its ring can be forged by the ringsmith of that Moonland. The Hyrens can be found in the following areas: